Don’t you just love these broke guys? They would literally do anything for money! Czech GAV brought you one of their latest updates and in this one, we found three broke czech guys willing to fuck for some extra cash. We were in the same pub and we had the table next to them. From what we got, all three of them were into guys, so we picked the perfect table. The guys were speaking so loud that it was impossible to ignore them and that’s how we found out that the guys were having some financial problems.

We sent them a round of beers on us, to ease us into the discussion and the guys were kind enough to invite us to their table. We told them that we were new in town and we wanted to have some fun, but what really caught their interest was when we told them that money isn’t a problem. They tried to seem indifferent to the offer, but they needed the money too. So we left the pub together and went to our hotel room to test the guys out. We must admit they did a hell of a job sucking off our dicks and then taking them up their asses in front of a camera. They weren’t too happy about the camera but for the right number, they agreed to that too. But leaving all details aside, these Czech guys really know how to please a guy! 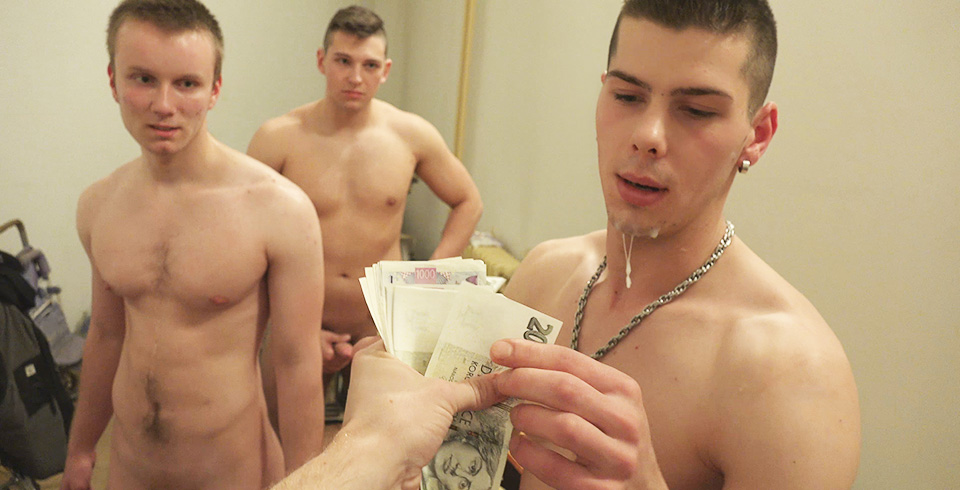