We found another broke gay couple for this latest Czech gav episode. It wasn’t too hard to convince them to fuck for cash either. We caught them in the middle of a nasty fight in the supermarket. Everything started because one of them loves spending every dime they have and now they can’t afford to buy everything they need. They were speaking so loud that it was impossible not to hear them. we followed them around the store and we caught them counting their money several times. This turned out perfectly for us because now we know how to convince them. While they were at the register we offered to pay for them, because they didn’t have enough money to cover their total.

The guys were extremely thankful and insisted on paying us back, but we weren’t interested in their money. So we told the guys that have more money to spend for a good time if they are interested. Luckily for us, both guys were pretty open-minded so they didn’t seem bothered about our offer and accepted it. They took us to their place that was close to the store and right there in the middle of the lobby both of them got their asses hammered, but not before they did a hell of a job sucking our dicks. We took turns on fucking them because someone had to record everything, but we can honestly say you are not going to find anything like this anywhere else! 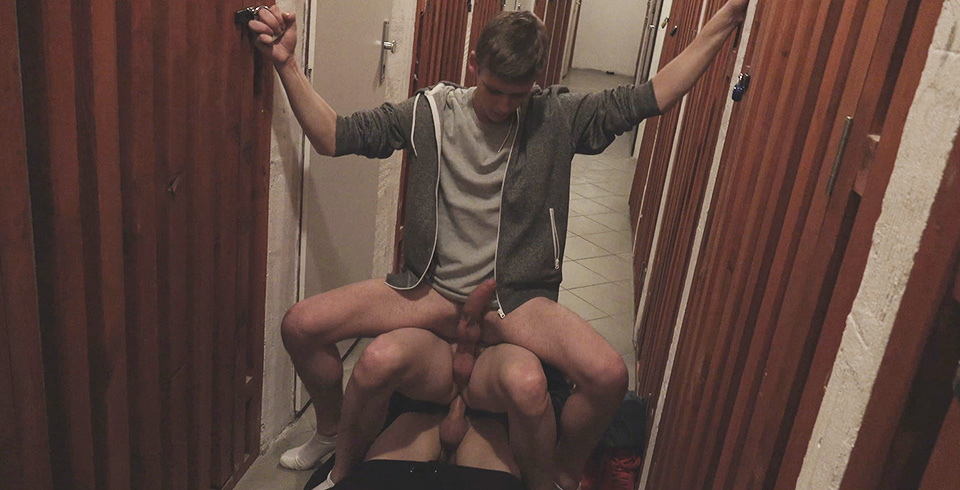 See this gay couple getting fucked for some extra cash!